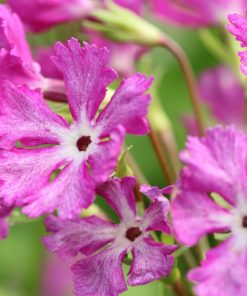 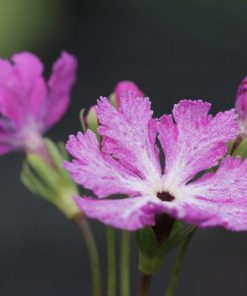 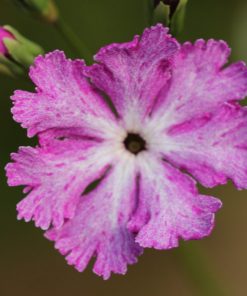 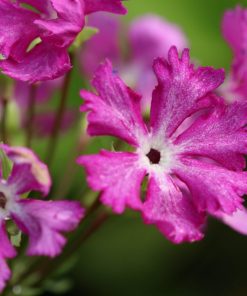 *Unfortunately, we are not currently able to ship to the Scottish Highlands and Islands, Northern Ireland and the EU.

An unusual cultivar that we raised on the nursery in 2011.  When it first flowered the form was of a very small flower with blocks of deep pink and green.  It has not flowered like that since then and I failed to keep a photograph.

The flower form has now stabilised to that in the photographs.  This is a slow growing and irregular flowering cultivar.  We wouldn’t normally name such a hesitant cultivar but it really is special.  Named after a tiny feral cat that adopted us one Boxing Day.

There are no reviews yet.

Be the first to review “Primula sieboldii ‘Smudge’” Cancel reply 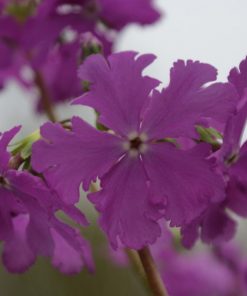 Bright pink thrum with flat, snowflake petals.  This Primula sieboldii cultivar can ‘sport’ but our source plant tends not to.  This cultivar is a relatively recent introduction from the late twentieth century. The name translates as “Informal Meeting” 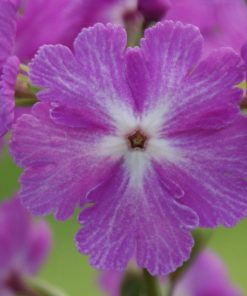 A very attractive semi-compact sakurasu cultivar.  Flat to hold blooming, notched cherry blossom petalled thrum.  Pink flowers with white centre and white traced veins. The Carefree Group seedling strain was created by Barnhaven primula nursery, which is now based in France.  Our strain-cultivar was sourced from Martin Nest Nurseries when we first started out in [...] 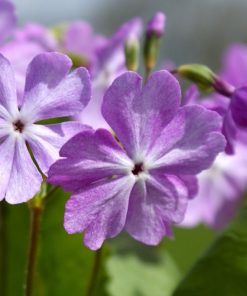 Flat blooming, cherry blossom petalled thrum. Pink diffused white flowers, with darker pink suffused reverse.  Tends to be the first Primula sieboldii cultivars to come into flower in early spring.  One of the first cultivars to be added to our collection from the Martin Nest Nurseries collection. 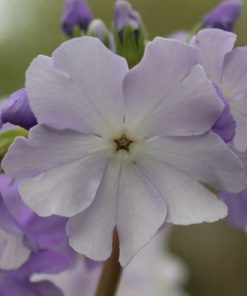 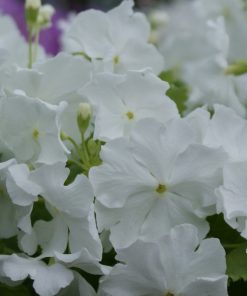 Wave blooming, overlap petalled thrum.  Pure white flowers.  Tends to be lower growing that normal and one of the later cultivars to come into flower. One of our first cultivars, from Martin Nest Nurseries and a very neat and attractive Primula sieboldii. 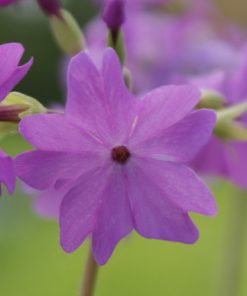 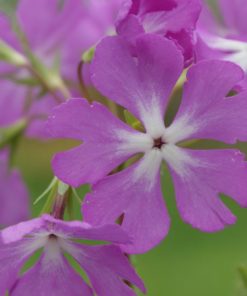 Flat blooming, slender petalled thrum.  White centred pink flowers.  Petals slender to the centre, with rounded, bilobed edges. The name is taken from the Arima mountains, the site of a historic hot-spring resort near Kobe. 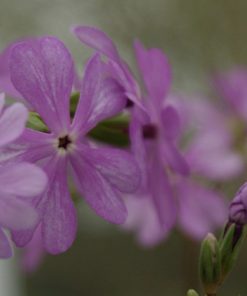 Flat blooming, slender petalled thrum.  Flushed pink flowers, darker towards the centre of the flower. Sourced from Japan by Martin Nest Nurseries. A very nice sakurasu, which looks very good in the evening light. The name translates as “Morning Sun on the Shore”.